skip to main | skip to sidebar

Kaitlynn was born September 29th, 2004. We have seen neurology specialists from St. Louis to New Orleans since she was born. Unfortunately, we still do not have a definitive diagnosis for Kaitlynn. The best guess her doctors have to offer is mitochondrial disease. 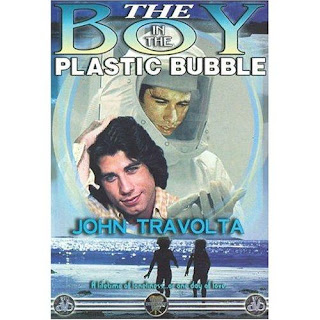 You might remember the made-for-TV movie, “The Boy in the Plastic Bubble,” starring John Travolta. The movie was inspired by real life SCID (also called bubble boy syndrome) sufferers- David Vetter and Ted DeVita. The genetic condition leaves the child unable to fight off germs.

The last study about SCID and gene therapy was seven years ago in Europe. The two trials involved a total of 20 children. It was stopped after  two participants were diagnosed with leukemia. Three others eventually developed leukemia as well. The survivors were cured of SCID-X1, but the European episode prompted the U.S. FDA to put certain gene-therapy studies on hold.

Finally, researchers believe that they have removed the treatment feature thought to have caused the leukemia, and we have a new gene-therapy trial for SCID in the U.S. going forward. Five other international sites will also participate. The new study is  sponsored by investigators at Children's Hospital Boston. Scientists plan to enroll 20 boys with SCID-X1. Scientists will try to correct the defective or non-functioning gene in SCID by delivering a “vector,” a virus genetically altered to contain human DNA. In theory, the normal gene with the vector will begin producing a protein that has been missing or not working. Thus, curing the disease.


Read more about SCID and the new study:

I really hope they succeed. It would be so great for the kids and their families.

jo oliver
I am a nurse that turned amateur writer and stay at home mom. My passion is disability rights and advocacy. I dabble in politics, sports, and cooking. My daughter inspires me to be a better, kinder, more tolerant human. Check out my writing at: https://www.triond.com/users/Jo+Oliver